You are never too old to learn, and one of the thing that has opened my eyes  has been discovering the quality of astronomical images that can be produced by amateurs with very modest equipment. By using digital cameras and image processing software it's a realistic ambition to produce images that compare favourably with those produced by the world's biggest telescopes fifty years ago - right in your back yard!

This website does not showcase the best astronomical pictures on the internet! It's a selection of pictures I have taken myself with basic equipment and free software. Producing images like these below, or even better ones, is within your reach!

Most importantly, you don't have to spend a fortune. My first serious scope, mount and tripod cost £180 on Ebay. I spent £40 on a more solid tripod, and about £200 on various bits and pieces including books and an ancient Canon EOS DSLR and a seconhand Microsoft HD Webcam. The results shown before are  some of my best so far, and will be updated from time to time.

Perhaps the easiest target in the sky is the moon. You can get good pictures with any long or zoom lens, this is a 'stack' of six pictures taken with an ordinary bridge camera:

A gibbous moon photographed on the isle of Skye.

Follow the links below for introductions to some of the other things you can image in the night sky:

I hope I have convinced you to have a go at photographing the night sky - these photos may not hold a candle to some of the work of professionals like Damian Peach or even dedicated amateurs, but I hope you are surprised what can be done with kit that has cost me well under £500.

There are lots of places to find out more on line, but perhaps the easiest place to start is the StargazersLounge webiste.

As well as the subjects covered above there are all sorts of other things to look out for - comets, asteroids, meteors, aurorae, noctilucent clouds and various metereological effects such as sundogs and lunar halos. And sometimes there are just picturesque events such as this near conjunction of the Moon and Venus.

A Conjunction of Moon and Venus

By using two of my images of Jupiter, taken several minutes apart, to form this stereo image, you can view the planet in 3D with a moon suspended above the surface an another closer to you at bottom left. The relatively rapid rotation of the planet and its moons acts as a surrogate for moving the viewing position.

Just display the image quite large on your monitor (right click and 'view image'), relax and cross your eyes so the two planet images overlap in the middle.

M9 is one of the closest globular clusters to the centre of the Milky Way. It is bright enough to be easily seen in  small telescopes.

M14 is a bright globular cluster that can be seen with binoculars. It contains several hundred thnousand stars.

M18 is a sparse open cluster of stars calculated to be 33 million years old. It si in a 27 million year orbit of the milky way, so it has only completed one circuit.

M80 is a globular cluster in the constellation of Scorpius. It contains a relatively high proportion of 'blue straggler' stars. 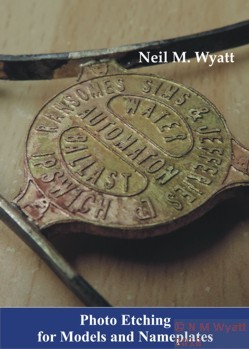